Slumgullion Pass Summit, elevation 11,361’, is said to be named after the popular miner’s stew, which is multi-colored due to the variety of vegetables and meats found in it.  Others say that New Englanders named it Slumgullion because the slide resembled the multicolored “refuse” from butchered whale.  In fact, if you happen to get to view the ground just after a hearty rainstorm, you’ll notice that the colors turn to red and brown, or multicolored. A third explanation is that the nearby Slumgullion Earthflow resembles the muddy deposit left in the miners’ sluice boxes, (ore-separating troughs). 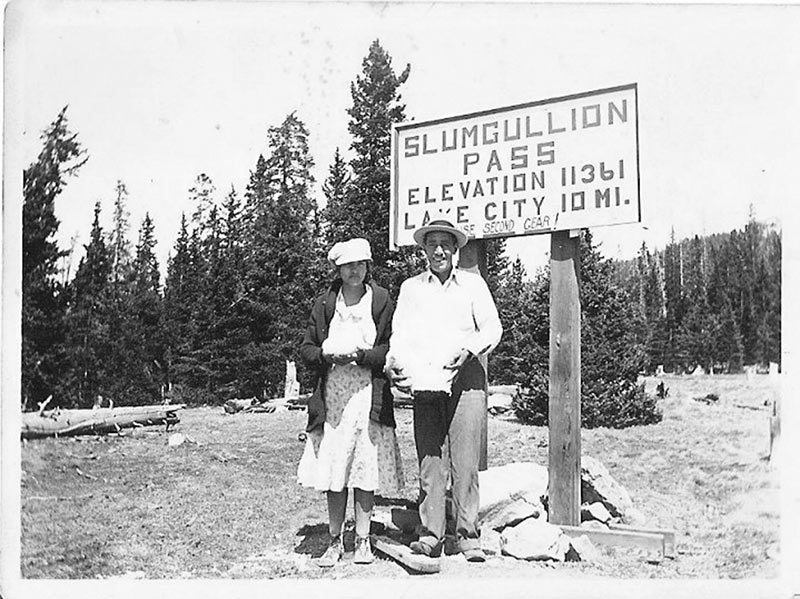 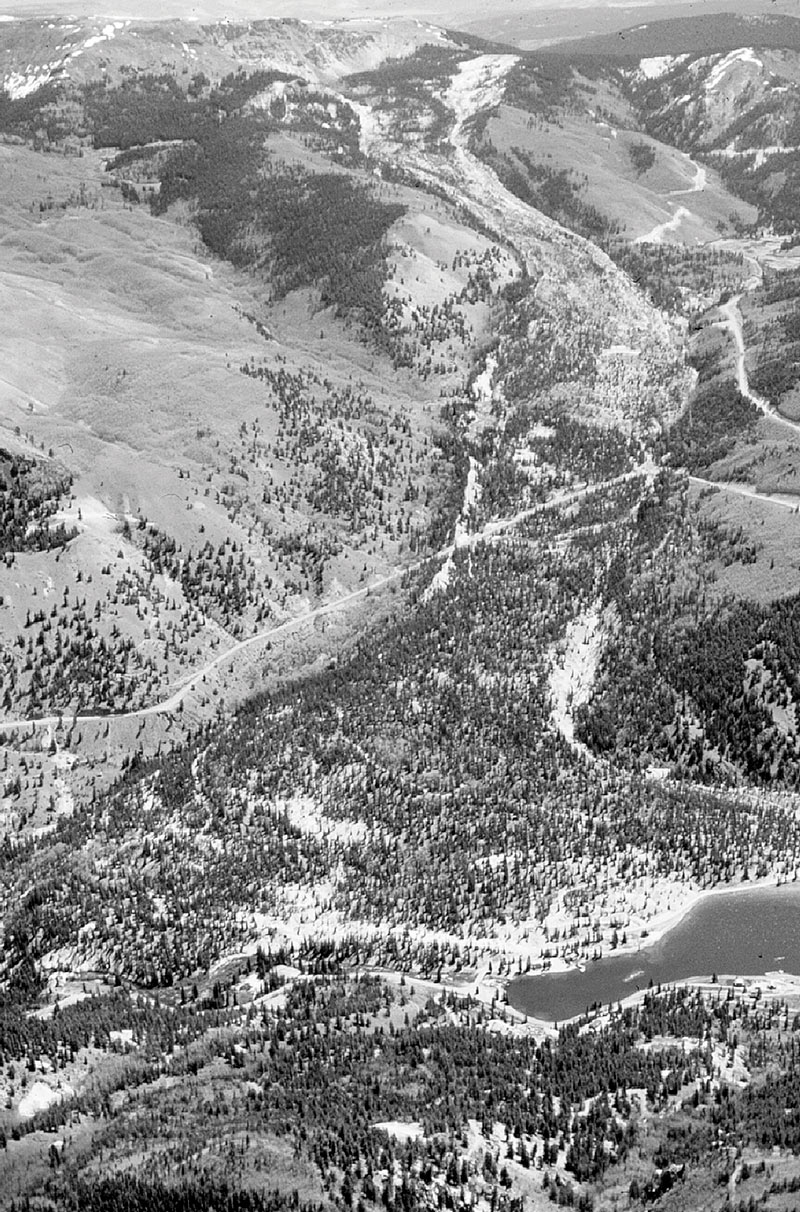 Have you seen the earth move?

The Slumgullion Earthflow is the spectacular result of two mudslides.  Just 700 years ago, the volcanic soils of Mesa Seco were supersaturated with water from heavy rains.  Millions of tons of mud and rock broke loose and flowed four miles like a dirty, raging river. The mudslide deposited so much material in the bottom of the valley that it created a natural dam across the Lake Fork of the Gunnison River, forming the second largest natural lake in Colorado. Four hundred years later, a smaller but similar slide occurred inside the existing earthflow.

Geologists come from all over the world to study this rare National Natural Landmark.  There is no site quite like this elsewhere on earth.  In geologic terms, the slides are still considered to be relatively new in age, occurring just 700 and 300 years ago.  In fact, the earth is still moving at the rate of about half inch per day, or up to 21 feet per year!  Do you think there will be another slide in your lifetime?

Look for a large turnout to stop and view the slide.  You can see the movement of the flow by looking for the stakes placed across the flow in line with two reference points.  Also, look at the trees near the middle.  See how many of them are growing at odd angles due to the shifting earth?

Just north of the summit of Slumgullion Pass is Forest Service Road 788, one of the greatest gateways to recreation opportunities in Hinsdale County. The road leads through great wildlife watching, 5 campgrounds, 1 day use area, access to Cannibal Plateau, hiking trails, historic farms and eventually ends in Powderhorn (Stop #26) 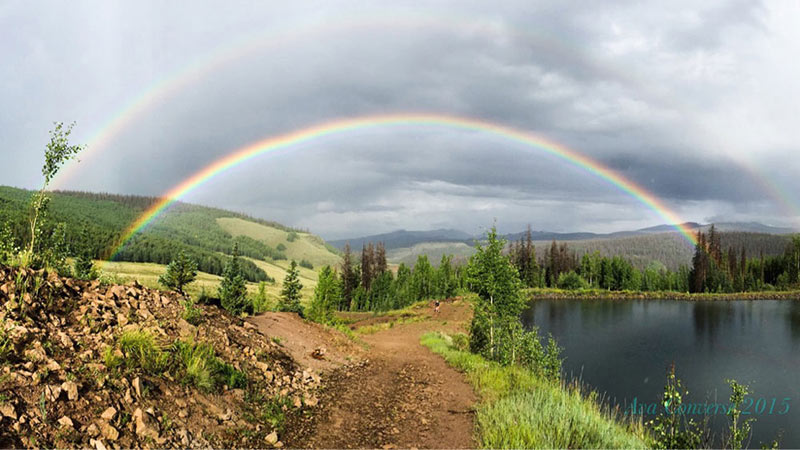 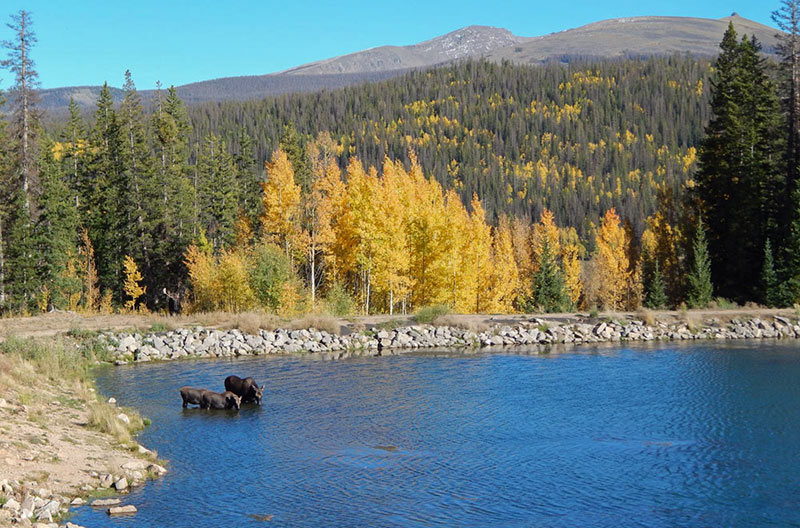