Below the southernmost mesa top is a distinct “fluke of nature” heart-shaped rock formation christened “Heart Mountain” in the 1980s by locals. The bluebird boxes were designed, built, and installed by Helmut Quiram to preserve the Mountain Bluebird “I build these houses because it interests me and it feels good to hear someone say they appreciate what I am doing.” The boxes were first built in 1985 and stretched from the north end of Lake City to Blue Mesa Reservoir and Highway 50 by 1989. Quiram refers to this stretch as the Lake Fork Bluebird Trail. 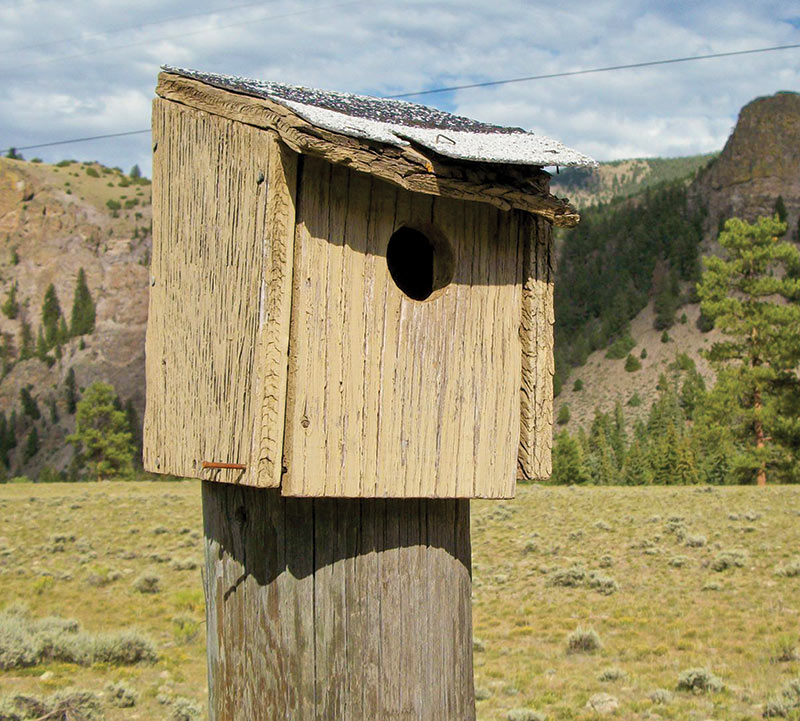 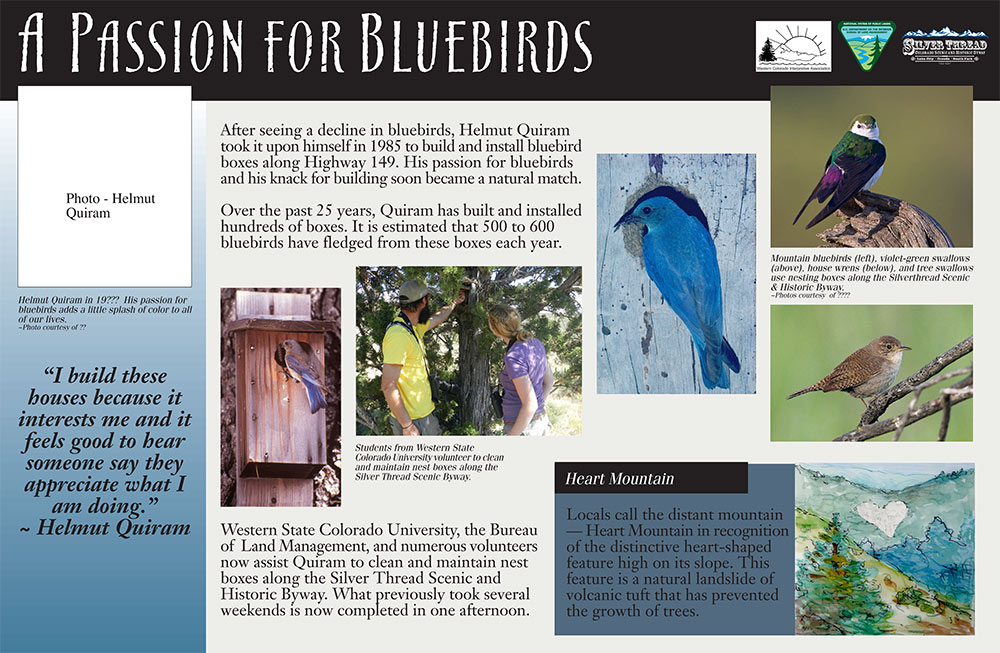 The majestic Mountain Bluebird is a welcoming indication of spring along the Silver Thread Scenic Byway. Unfortunately these beautiful birds seldom live beyond 7 or 8 years old and they seldom raise more than one brood per year. Therefore, it is important that they reproduce to keep their numbers up.

Beginning in 1987, Helmut G. Quiram began constructing nest boxes along Highway 149 to provide additional nesting opportunities for the mountain bluebird. The trail was started with the installation of 180 boxes beginning in Lake City and extending north to the Middle of Miller Flats, north of the “The Gate.” Another 20 boxes were placed on “The Blue” starting at the Ranger station and going north on the trail. In 1988, another 215 boxes were erected extending the trail past Powderhorn. The following year, 1989, Quiram completed the trail to the Blue Mesa Reservoir. He then included boxes at Capitol City, the Moncrief Mountain Ranch and along the Blue Mesa Road from Highway 149 across the old Red Bridge and up on Blue Mesa. Some 600 boxes were erected by this time and in 1993, 29 boxes were added on Hwy 149 from Spring Creek Pass toward Creede for a distance of about 2.5 miles. Unfortunately some boxes are lost every year because they are stolen or used as target practice.

House sparrows, a deadly enemy of bluebird, don’t inhabit the areas where the boxes have been placed. Another enemy of the bluebirds, the starlings, can’t get in to the boxes and are not numerous on the trail. Weasels have entered some boxes and eaten the young birds but this has been an infrequent occurrence.

Quiram said, “My basic philosophy on trail management is to provide nesting opportunities. The front opening design makes this operation fairly simple. Bluebirds build nests entirely of grass and keep them clean for the young. Bluebirds have been around for thousands of years. They can take care of themselves if they can nest, but they must have cavities in which to raise their young.” Thanks to Helmut Quiram’s trail of birdhouses, the population of mountain bluebirds increased significantly. Be sure to keep your eyes peeled for these blue beauties during your trek along the Silver Thread Scenic and Historic Byway. 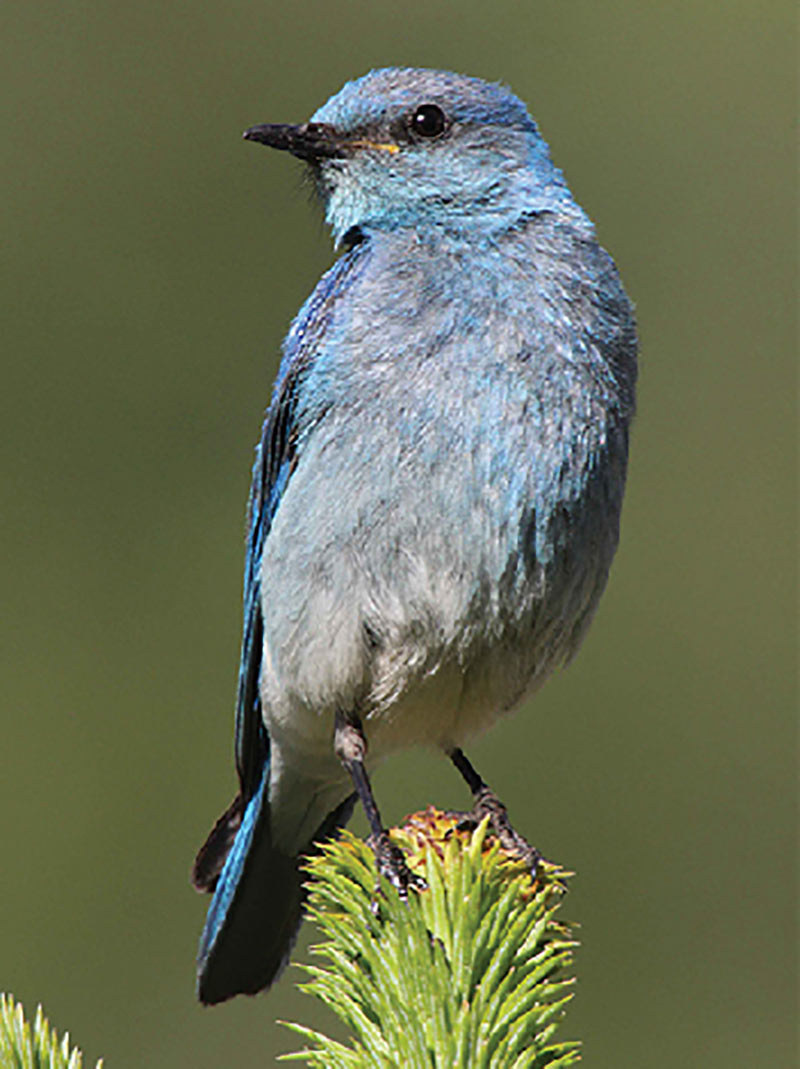