Miner Charles Baker wrecked his wagon and lost a wheel here while fleeing the area after a confrontation with the Ute Indian, Colorow, on his way to Baker’s Park (now Silverton). Colorow was known to be hostile towards miners because they offended the gods by digging into the earth and removing precious rocks. A wagon wheel was later found stuck in the mud and the “place where the wagon wheel was found” was later shortened to Wagon Wheel Gap. “Gap” means where the canyon narrows. This location became an important supply town and stage stop in the 1870s, serving as the first tollgate for the stage road between South Fork and Lake City.

The area below Wagon Wheel Gap was spiritually significant to the Utes because of the healing powers of the nearby hot mineral waters. The Utes called the more than thirty bubbling pools “Little Medicine.” A worn trail led south and ended at “Big Medicine,” or Pagosa Springs, that settlers later developed into privately owned hot spring resorts. 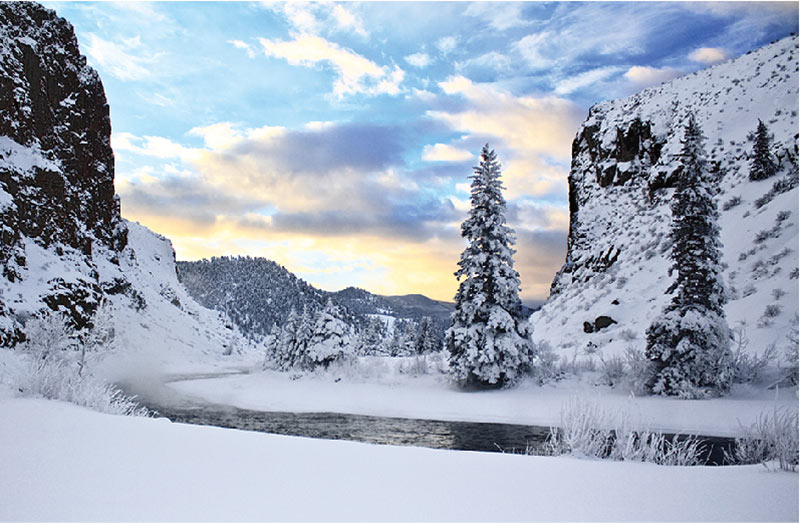