This beautiful landscape lies north up Pool Table and Hansens’s Mill Roads about 24 miles. (4x4 vehicle or ATV are required to access this area; trip takes between 8 and 10 hours.) These rock formations were formed by violent, spurting eruptions of volcanoes over sixty-five million years ago which deposited rock debris which unevenly eroded into spiral formations. From 1873 through 1884, George Wheeler and his survey team mapped this area, but never reached the Wheeler rock formations. Once known as a national monument administered by the National Park Service, it was later turned over to the U.S. Forest Service for safekeeping as a nationally-known geologic treasure. The La Garita Wilderness Area was expanded in 1993 by Congress and now includes the Wheeler Geologic Area, which can be explored by horse or foot only. 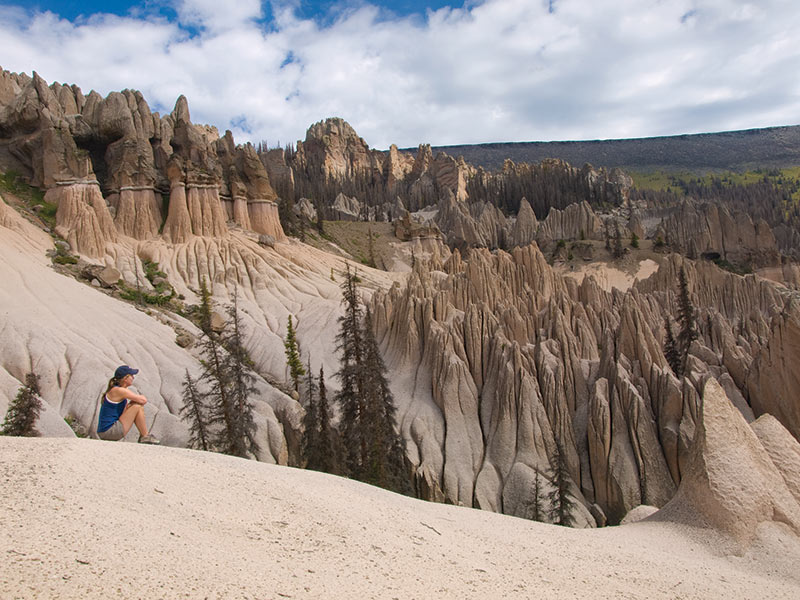