Creede was probably the wildest Colorado town in its heyday! The town was founded in 1890 after Nicholas Creede struck it rich in silver at the Holy Moses Mine. Within a year it was a boom town. The population increased by 300 people daily in and grew to more than 10,000 people just before the silver market went bust in 1893. Compare that with a population of 800 in Mineral County today, and you’ll get a feel for Creede’s popularity and importance when mining was king. A famous poem written by Cy Warman, Creede’s newspaperman, refers to the extraordinary effort by the townspeople to rebuild their town after the 1892 flood. Everyone pitched in and worked day and night to rebuild: “While the world is filled with sorrow, and hearts must break and bleed, it’s day all day in the daytime . . . and there is no night in Creede.”

Another interpretation of  “no night in Creede” stems from the fact that street lights were left on all night and most saloons were open 24 hours a day.  Stringtown, the settlment that ran through the box canyon north of Creede, was known for its mile long main street consisting of more saloons than anything else.

The Creede cemetery housed mostly God-fearing residents of Creede. In the nearby Shotgun Graveyard or “Boot Hill,” outlaws and gunshot victims were said to be buried, following a little known burial ritual: regular citizens were buried facing east to west to face the rising sun on Resurrection Day. Bad guys were buried as they allegedly lived, “crossways” with the world, or north to south.

“Everything starts with mining”
Most people do not think about the role mining plays in our lives. We know where to buy things, but seldom consider their origins. Food comes from a grocery store, electricity from a socket in the wall, tools from the hardware store, cars from a dealer, appliances from a superstore, and water from a faucet. When we consider how these items are created, we think of farms, factories and power plants. But everything starts with mining. Without minerals, we could not till the soil on the farms, transport our goods or maintain any society beyond the most primitive. Our horn of plenty starts with a hole in the ground! 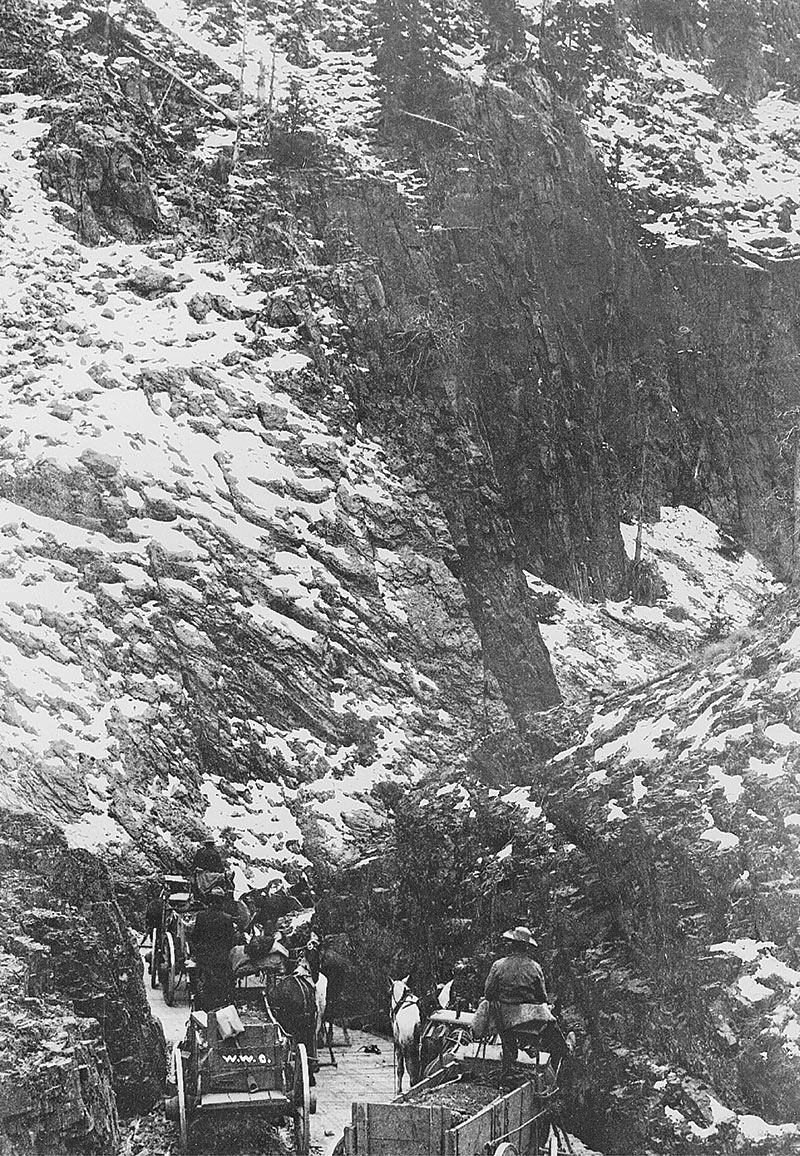 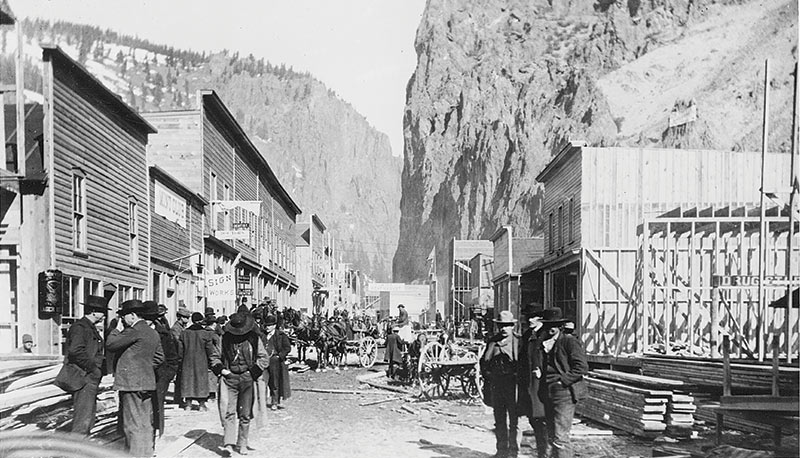 Buildings and homes shot up overnight during the 1890 boom. Staked claims could be lost the next day if settlers did not immediately build upon on their land! Over one million dollars worth of silver ore was shipped by railroad monthly during the boom. Courtesy Colorado Historical Society F-34898

“Soapy” Smith informally ran the town of Creede. His namesake was for scamming people into purchasing soap with the hope of finding money inside, kept profitable by using “plants” in an audience. His Orleans Club saloon was a hangout for Calamity Jane, Poker Alice Tubbs and Bat Masterson who worked sixteen hours a day as the gambling house manager. Bat was an expert dealer for the popular high stakes card game, Faro. He limped from a gunfight in Texas and used a cane for walking and as a “bat.” He appeared outgoing in his trademark lavender corduroy suit and black tie, but was instead quiet yet powerful. He commanded respect and calm just walking into a room, and at the age of 21 had been sheriff of gunslinging Dodge City in Kansas. 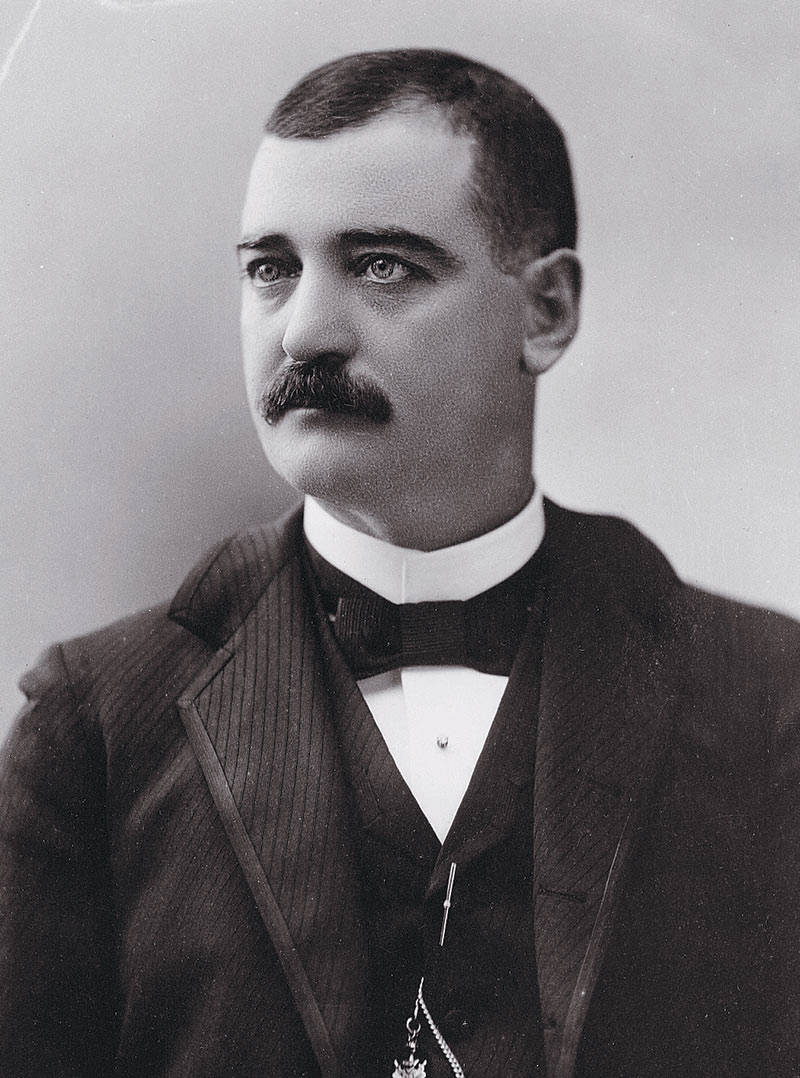 Creede boasted brothels and madams, including Lillie Lovell and six-foot-two Timberline Rose whose low self-image did not match her height. She attempted suicide, shooting herself through the breast and lung, but brought back to health by her patrons.

Three deaths in Bachelor City, a mining camp above Creede, were the result of an unfortunate misunderstanding. After an unsuccessful search for a doctor to tend to his gravely ill daughter, a minister returned home to find an intruder leaning over the sick girl. The minister killed the man before   realizing it was the doctor! The distraught man then shot himself, and his ill daughter died soon after without the help of her father or a doctor.

Jesse James is a name known to all. Creede lays claim to housing Jesse James’ killer, Bob Ford who was feared and run out of town in 1892 by the mayor and a vigilante committee. Ford was allowed to return for forty-eight hours to close his saloon and raise funds to bury a dance hall girl who died from a drug overdose. While in Creede, he was shot and killed at point blank range by one of Jesse’s good friends seeking revenge. Ford was buried in Creede at that time, but later reburied in the Midwest by his wife, Dot. 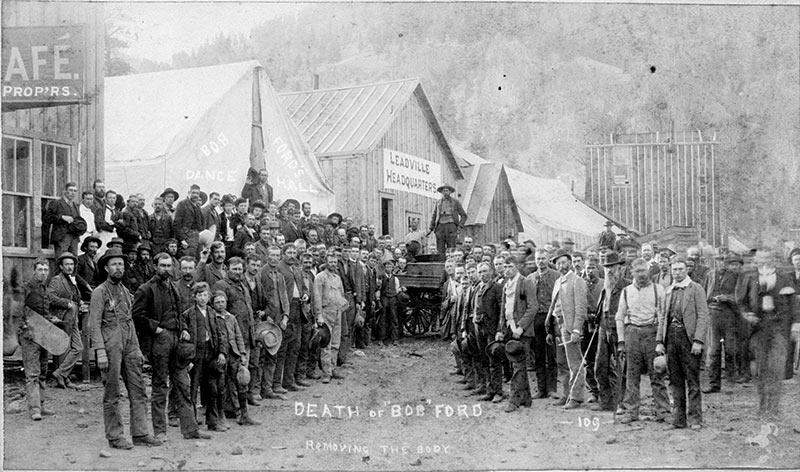 Creede quickly transformed itself into a seasonal tourist town. Now 125+ years after the town’s founding, Creede continues to grow, with a state-of-the-art health & dental center, early learning center, a brand new K-12 school, community gym, several boutiques, restaurants and guest ranches, an expanding airport, and the award-winning Creede Repertory Theatre. The Underground Mining Museum offers a series of exhibits in mining shafts bored into the cliff face of Willow Creek Canyon at the north edge of town. Be sure not to miss the Bachelor Loop Historic Tour. 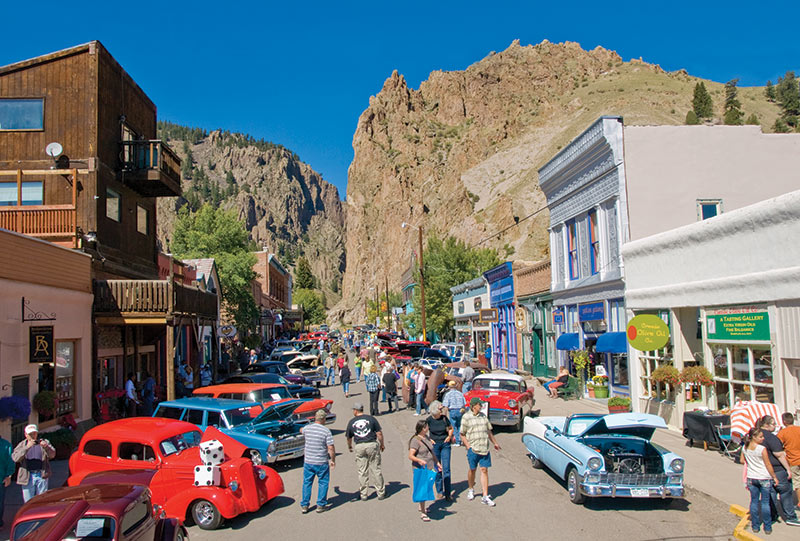 The Bachelor Loop Historic Tour is a 17-mile drive through the historic mining district above Creede. The tour takes you along mine locations (where Nicholas Creede struck it rich at the Holy Moses in 1889) and through ghost towns that once rivaled Creede in size (the city of Bachelor was home to 1200 people). Pick up a Guide Book at the Creede Visitor Center, then follow main street north as it weaves its way up through the canyon, climbing under the ragged cliff sides. A number of interpretive stops and points of interest provide direction along the route.

Allow at least one hour for the self-guided tour. The loop road has some narrow stretches and steep grades that require caution. Two-wheel drive vehicles should complet thet tour backwards in order to descend the Black Pitch, instead of climb it. 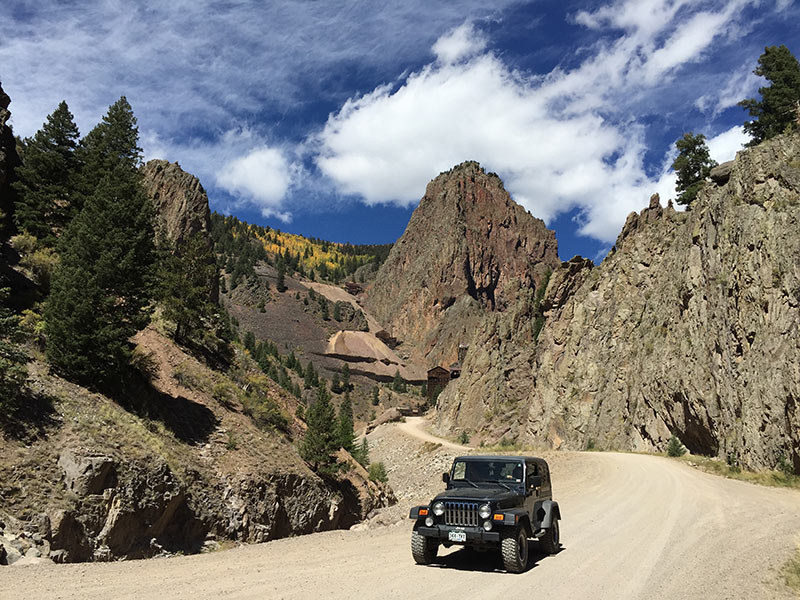 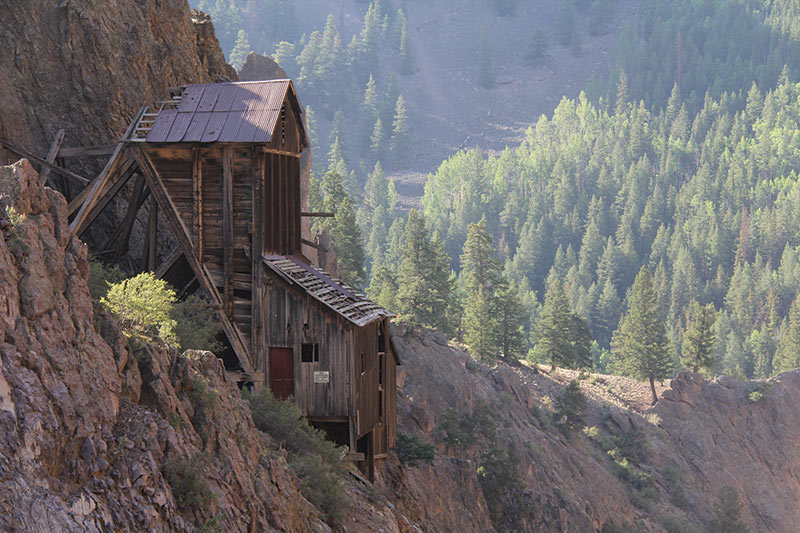 Commodore Mine by Bob Seago

Just a few miles outside of Creede is a pull-over area near a bentonite clay mine. Informational signs explain this historic structure’s former function and recent restoration 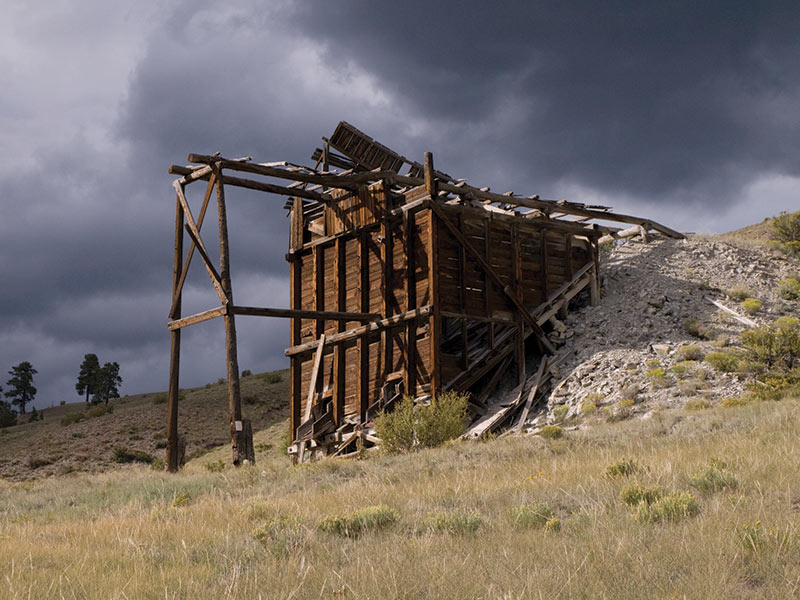