The first county seat of Hinsdale County, San Juan City, was established in 1874 in a little log cabin and had the first post office in the county. The Barlow and Sanderson Stage lines chose this stop as a major hub, loading and offloading freight destined for various toll routes. Passengers could continue to Silverton over the Stoney Pass Toll Road or over Spring Creek and Slumgullion Passes to Lake City, which became the county seat in less than a year. Today these roads are passable without a toll. San Juan City was purchased by James Galloway for his stage and freighting operation. From 1905 to 1960 it was known as the Officer’s Ranch, run as a cattle ranch and recreation resort by the Officer family. San Juan City is now privately owned as the San Juan Ranch and the little log cabin is still part of the ranch. 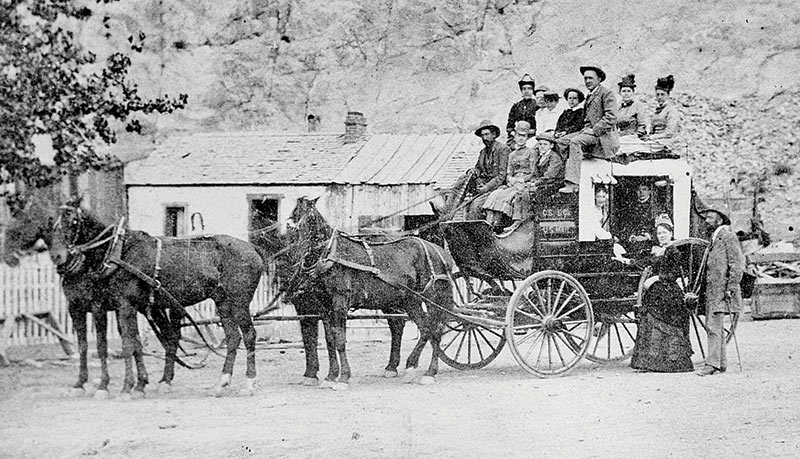 Early travelers on the Barlow and Sanderson Stage Route