The spruce beetle (Dendoctronus rufipennis) is species that is native to the Rocky Mountains that is about the size of a grain of rice. Under normal circumstances, beetles act as a forest health agent by attacking the oldest and/or weakest trees in a stand, which reduces competition for resources and allows for younger, healthier trees to thrive. However, during times of drought and warmer temperatures beetle populations can greatly increase and attack even the healthiest trees in the forest—this is what is known as a beetle epidemic. A tree’s only defense against a beetle is to “pitch” a beetle out before it gets under the bark. Once a beetle is in a tree, the tree has no defense mechanisms.

A beetle epidemic is usually triggered by a windthrow event, or an event where all of the trees are blown over by the wind in a contained geographic area. Windthrow events can range in size from less than an acre to hundreds of acres. These events can act as an incubator for beetles as these trees on the ground no longer have any defense against the beetle but still contain enough food and nutrients for the beetles to survive for 1-2 years.

When beetles attack a tree, they get under the bark and create “galleries” where they lay their eggs. A tree is killed when these galleries circumvent or girdle the tree preventing nutrient transport from the roots to the needles. Beetles can also bring with them different funguses which also prevent nutrient transport. This is more common in lodgepole pine, but can also occur in spruce. 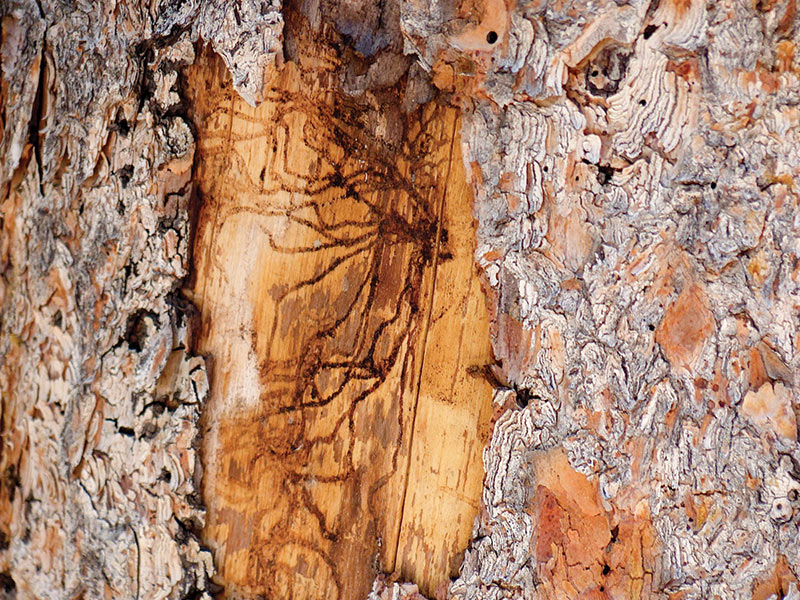 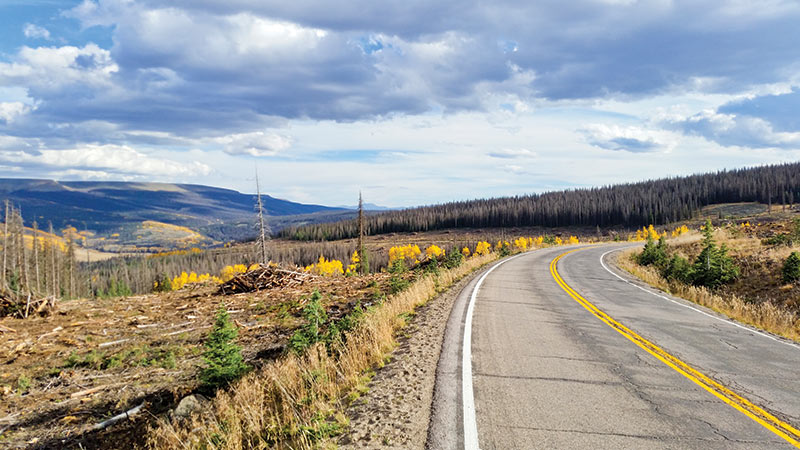 Starting in 2004, a major spruce beetle epidemic began on the Rio Grande National Forest. Due to drought and dense stands of Engelmann spruce trees, that epidemic has spread to surrounding forests where it has killed and continues to kill nearly 100 percent of the Engelmann spruce trees over three to four inches in diameter. In 2013 the West Fork Fire Complex burned over 100,000 acres of beetle killed timber on the Rio Grande National Forest. At about this same time the spruce beetle (Dendoctronus rufipennis) began to impact the southern portion of the Gunnison Ranger District—including the area around Slumgullion Pass. Out of concern stemming from both the spruce beetle epidemic and from the West Fork Fire Complex, the U.S. Forest Service in cooperation with Hinsdale County and the Colorado Department of Transportation, decided to implement a project along State Highway 149. The goals of this project were:

1.) Create a fuel break—or an area that is void of timber and ground litter, designed to stop a fire—along State Highway 149;
2.) Create an emergency evacuation route for the town of Lake City; and
3.) Provide timber products to the regional economy.

The Forest Service contracted with Montrose Forest Products out of Montrose, CO in 2015 to implement a 330 acre project that is currently in the process of removing 7,762 CCF (hundred cubic feet) of timber, which equates to about 3.8 million board feet. The contractor is required to fell and pile all material greater than three inches in diameter on flatter ground. On steeper ground, instead of piling, the material will be scattered to within two feet of the ground. Work on this project was scheduled for completion by the fall of 2018 with the vast majority being completed in 2015. 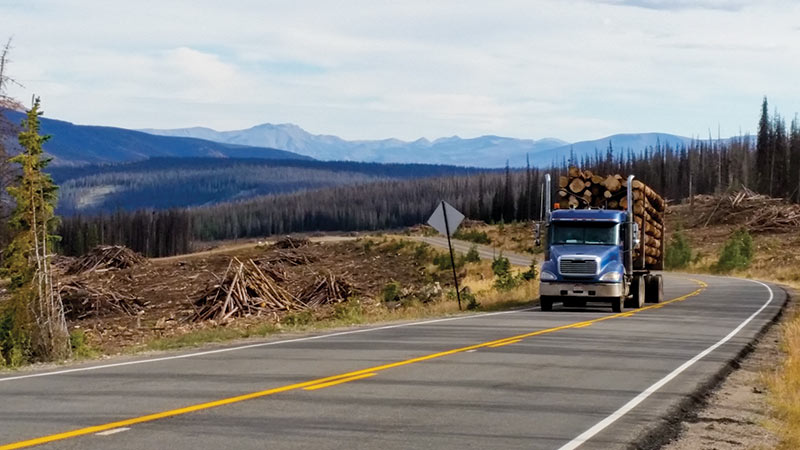